Nepalese Workers in Hong Kong: a story of organizing 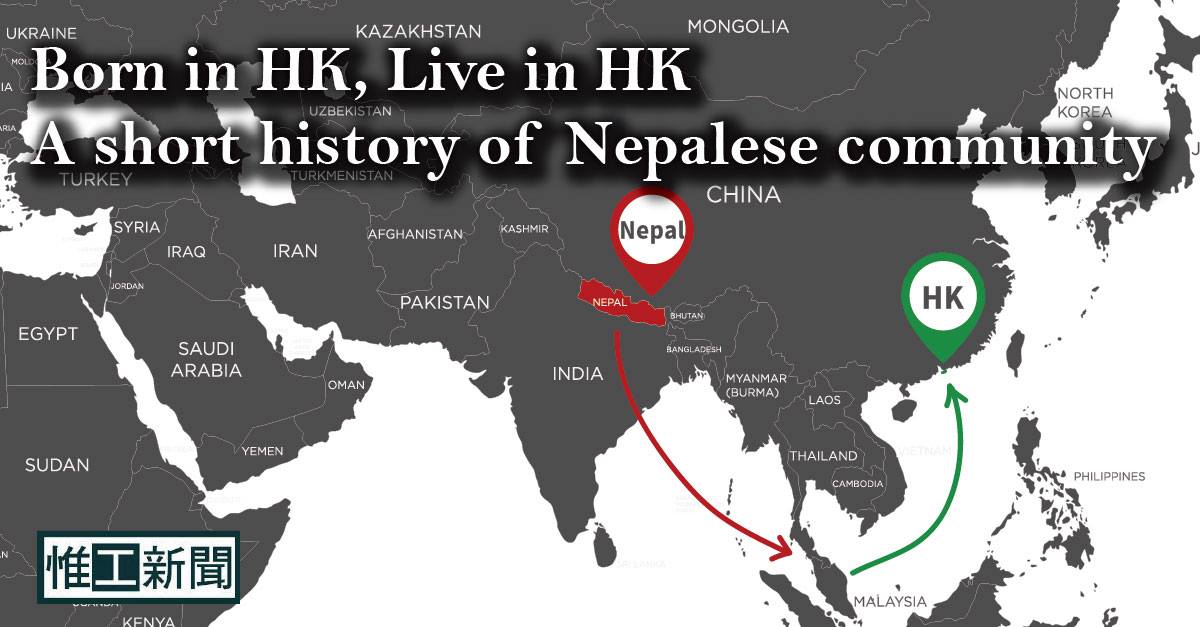 Hong Kong is often described as a city of immigrants. In what circumstances did so many people choose to move to Hong Kong? Say for example, what is the origin of the 40,000 Nepalese people living in this city? In this August, we got the chance to learn about this story from Prem Chandra Rai, who participated in organizing Hong Kong Nepalese domestic workers and construction workers in 2000s. Now he is the associate professor of labour and trade union law in Kathmandu School of Law.

How did Nepalese people come to Hong Kong?

This is the first question to answer. According to Rai, we have to know some details of the British expansion in South Asia in the 18th century.

In early 18th century, the British East India Company continuously expanded its influence in India, reaching the border of Nepal. In 1st November 1814, the British declared war on Nepal. The outnumbered Gurkha army was defeated in 1816. In December, the two countries signed the Treaty of Sugauli and Nepal lost one-third of its territory, including Kumaon, Garhwal, Sikim, Morung and Simur.

During the warfare, the British army was impressed by the Gurkha army. As a result, the East India Company hired a lot of Gurkha in other warfare in India, including the Third Anglo-Maratha War in 1817, the First and Second Anglo-Sikh War in 1845-1849. During the Sepoy Mutiny in 1857-1858, the Gurkhas were formally incorporated in the army of British India.

About a century later, India declared independence in 1947. Nepal, India and Britain signed the Britain–India–Nepal Tripartite Agreement which decided the future of Gurkha army in India. As a result, some of the Gurkha army joined the Indian army, while the rest of them stay in the British army and were sent to Malaysia, the nearest British colony. Those who stay in Malaysia participated in suppressing Malaysian communist and rebellion in Brunei.

But they could only stay in Malaysia for a decade. In 1960, Malaysia also declared indepence. The Gurkha army was then deployed to Hong Kong, the last British colony in Far East. And it is the origin of the Nepalese population in Hong Kong.

Gurkhas and their families in Hong Kong

From 1948 to 1992, the 26th, 28th and 51th Gurkha Brigade stationed in Hong Kong, mainly for repelling illegal immigrants and maintaining order. Since their barracks were in Kowloon Tong, Sai Kung and Yuen Long, many of them live in these areas after retirement.

Before the 1990s, most of the Gurkhas did not have the plan to stay in Hong Kong. It is because, although they can bring their family to Hong Kong during their service in army, it is still possible for them to be sent to serve in other places. At the same time, the Gurkha soldiers and their family are completely separated from the mainstream Hong Kong society. They live in the barracks and their children study in schools using Nepalese language, having no contact with local people.

The situation changed in the 1990s, when the colonial government granted residency for all Nepalese people who had been staying in Hong Kong for 7 years. According to Rai, this policy change marks the beginning of Nepalese community in Hong Kong.

Organizing: Nepalese and other workers together

The first thing to consider when staying in Hong Kong is of course to make a living. A lot of Nepalese people then work as construction workers, cook and waitress. At the same time, many Nepalese women went to Hong Kong to work as domestic workers.

The first organization dedicated to concern Nepalese workers is the Far East Overseas Nepalese Association (FEONA). It was set up with the aid of Asian Students Association (ASA), a leftist student organization. Later Oxfam support FEONA to organize Nepalese construction workers. Rai took the role of coordinator in FEONA from 2001 to 2004, getting in contact with a lot of them.

During that time, he realized that it is necessary to work together with workers of other races. Say for example, migrant domestic workers from different countries are suffering from the same problems. As a result, the Asian Migrant Centre formed the Coalition of Migrant Right, setting up Union of Nepalese, Filipino and Thai domestic workers. Unfortunately, the government suddenly changed the policy and stopped issuing working visa for Nepalese. As a result, there is no more new Nepalese domestic workers coming to Hong Kong. The number of members in union keeps declining.

On the other hand, Rai also emphasis on the necessity of unionize. In 2006 when he went to help some construction workers during industrial action, he met the organizers from Hong Kong Confederation of Trade Unions. According to Rai, workers working in a workplace with union have a higher starting point of bargaining. ‘It would be encouraging for Nepalese workers if the Chinese workers are organized.’, said Rai.